Figure 1: Illustration of a robust video transmission system based on unequal protection by bit and power loading.

The areas of application are broadcast video over wired (ADSL, power lines, fiber optics) and wireless networksas well as video surveillance for transport security (CPER research program CISIT). In this second case, the objective is to extend the joint source/channel approach to robust MIMO-OFDM video transmission systems in the context of a video surveillance application between a vehicle (bus, subway) and a control station (security in ground transportation).

The results obtained have given rise to several publications and have recently been used in the project ANR TOSCANE: Optimized Video Transmission Source/CAnal EchelonNablE (2007-2010)In particular, we have set up a demonstrator for broadcasting SVC-compressed HDTV streams over ADSL2 lines, with end-to-end quality optimization.

On ADSL2 links, whose throughput capacity is mainly limited by the distance between the subscriber and the telephone exchange, the quality of high-speed video streaming depends strongly on this distance. We have proposed a a complete solution for the transmission of H264 AVC video streams in high definition that increases the distance of eligibility for HD IPTV services via ADSL by 1200 meters. In order to adapt to the available bitrate on the subscriber's telephone line, we have developed a low-complexity real-time H264/AVC High Definition stream transcoder capable of reducing the initial video bitrate by a factor of 2. The transmission of the bit-rate-adapted video stream by transcoding is then optimized through an adaptive bit and power allocation on the ADSL sub-channels.

In the case of PLC transmissions, the pilot carriers are used for theestimation of the electrical channel and therefore do not carry any information. We have sought to optimize the power distribution allocated to these carriers in order to maximize the quality of the channel estimation and thus the transmission. We have shown that even for a channel where the noise is highly colored (power lines), a uniform power distribution, easy to perform, is almost optimal.

One of the key points in the end-to-end optimization of a multicarrier DMT (Discrete Multitone Modulation) or OFDM (Orthogonal Frequency Division Multiplex) transmission chain is the optimization of the bit rate taking into account the allocated power and the electromagnetic compatibility constraints (Fig. 2). For this purpose, we have developed a fast bit and power allocation algorithm for multicarrier transmission which takes into account the symbol error rate, the spectral constraints of transmission power (power mask) and technological constraints of modulation order. The proposed algorithm offers significant advantages: O(N) algorithm, where N is the number of carriers, not requiring prior carrier scheduling. Compared to algorithms of the same family that load the entire target rate in two or three steps, the complexity of the final phase of the proposed algorithm (the remaining bits to be loaded) is in almost all cases specified in advance. 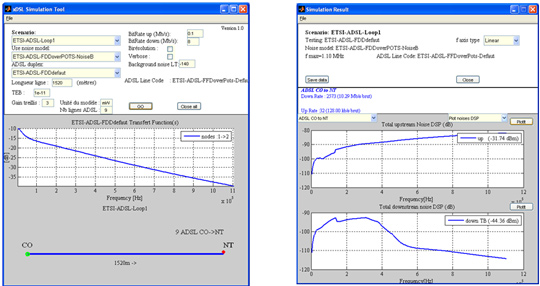 Figure 3: Characterization of the ADSL link according to the physical parameters of the line and the transmission environment.

In the specific case of video surveillance applications, we have proposed two innovative video transmission schemes based on the combination of MIMO technologies with a multiple description coding on the one hand, and a scalable coding by regions of interest based on the FMO (Flexible Macroblock Ordering) tool on the other hand. The philosophy of these two techniques is different, but each of them allows the improvement of the robustness of the wireless link and especially the improvement of the quality of the received video signals even on spatially correlated MIMO channels. The figure below illustrates the performance in the case of video streams inside a train (Fig. 4).

The extension of the methodology used for H.264/AVC transcoding to other video coding schemes (SVC, then MVC for 3D audiovisual content) is being validated. We are also starting in January 2011 a study on the FPGA implementation of video pre-filtering techniques in order to optimize the H.264/AVC compression of HDTV streams.
In the context of transmission over power lines, we have several channels available via power cables and we plan to perform a robust transmission of video surveillance streams using MIMO technologies. Finally, in another theme of the group, a solution has been developed to realize a MIMO transmission on optical fiber. The transmission of scalable lossless High Definition streams should soon be adapted to such a transmission medium.