An important part of our activity has been devoted to the study of small size ferroelectric systems.

Work on this topic has been carried out in collaboration with teams from Amiens University, Cambridge, Rostov on Don, and Argonne National Lab

Device operation crucially relies on the properties of electric polarization. The key point is that, in thin films and nanostructures, polarization behavior may strongly differ from that in bulk materials.

We have demonstrated the existence of different homogeneous switching regimes in strained thin ferroelectric films. In addition to the conventional longitudinal switching mechanism (for which polarization vector always keeps the same direction), other mechanisms involving the rotation of polarization are also possible. 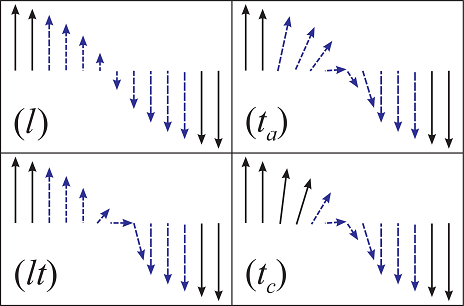 Different polarization reversal mechanisms are illustrated below and corresponding current signatures are shown in right panel.

We have investigated the polarization-field dependence in ultrathin films and found behaviors very different from the classical hysteresis loop, with two opposite polarization states at zero field, which constitutes the basic cell of existing ferroelectric memory. We have demonstrated that by means of misfit strain and/or temperature, one can tune the shape of the polarization response to the electric field and induce exotic sequences of multistable states. That should enable to design ternary or quaternary memory cells. Such multilevel cells can be realized using ultrathin films of ferroelectric oxides such as the prototypical PbTiO3, which appears promising for room temperature operations. 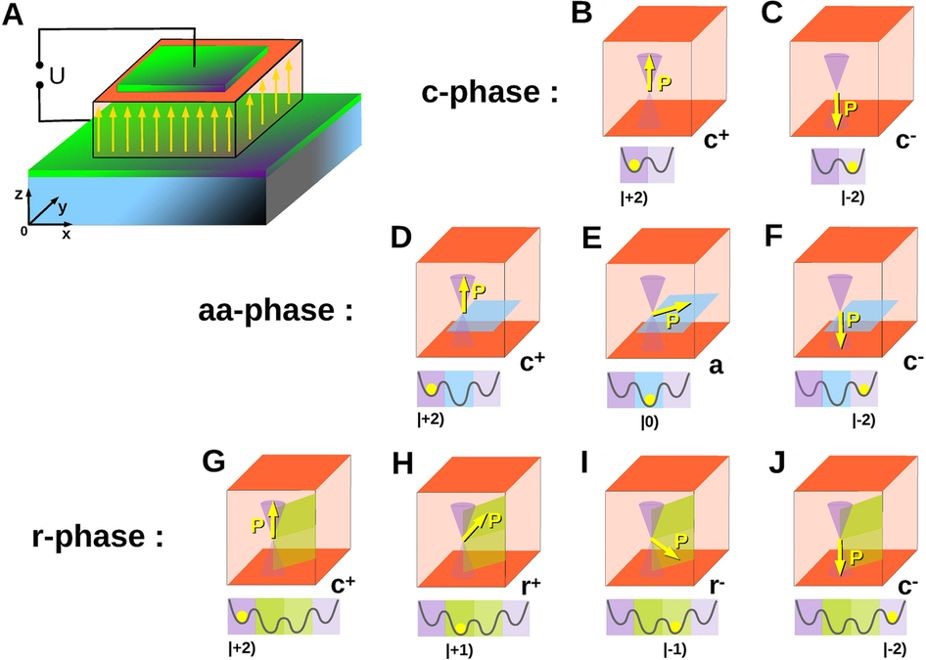 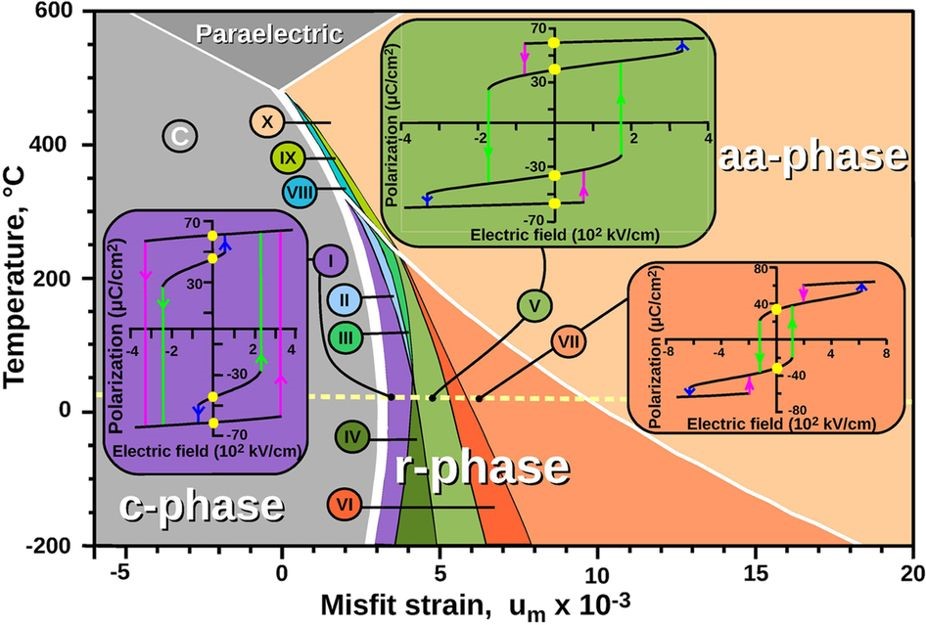 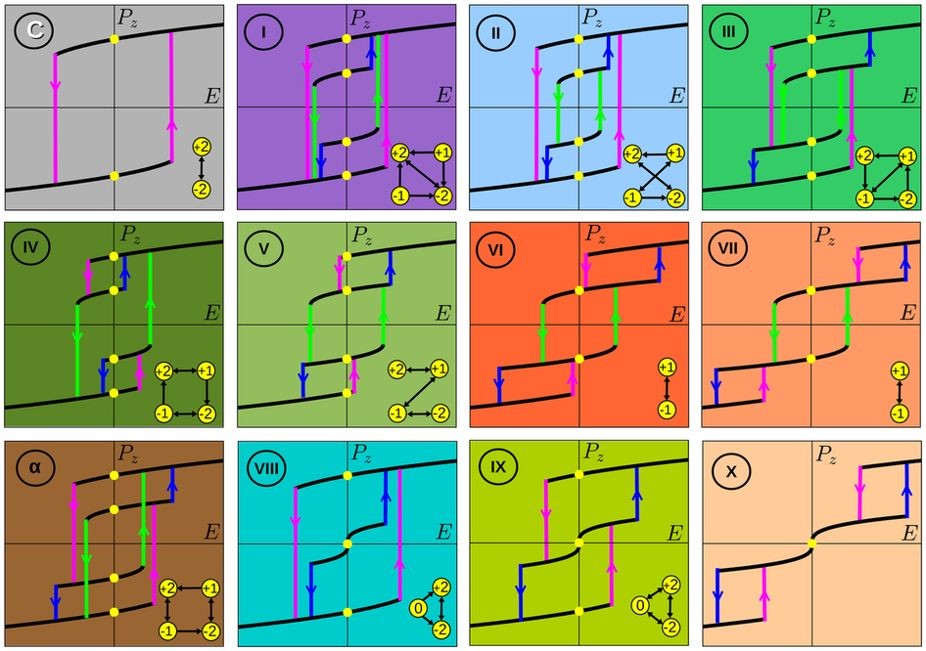 Topologically different multibit hysteresis loops. The number of the panels indicate the region of the phase diagram shown above. The maps of the switching logical operations are shown in the right bottom corners of the respective panels. Laurent Baudry, Igor Lukyanchuk, & Valerii M. Vinokur, Scientific Reports 7, 42196 (2017) (https://doi.org/10.1038/srep42196)