Molecular gradient and physical pattern guide development of the brain and the nervous system. We are developing tools to recapitulate the developmental mechanisms in vitro to model nervous system outside of our body using human induced pluripotent stem (iPS) cells. In our body, neurons reach and connect each other to form a functional nervous system. An axon, an extended part of a neuron, can extend for a long range and connect distant regions. Axons extending toward similar regions bind each other to form a nerve tissue. We developed an in vitro system to model a motor nerve tissue in a simple microdevice bearing a microchannel connected to a chamber. An aggregate of motor neurons derived from human iPS cells was placed in the chamber, and the cells extend their axons in to the chamber. The axons spontaneously form a bundle through their innate ability to interact each other, resulting in an axon bundle tissue. We characterized the tissue, and demonstrated that we can evaluate drug efficacy on axon protection. 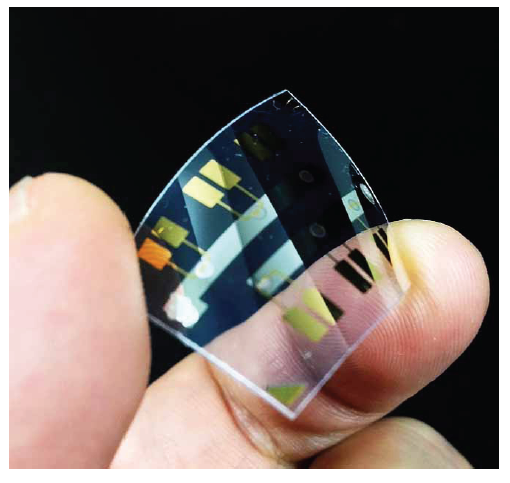 In the realm of electronics, organic thin-film transistors (OTFTs) are some of the most interesting devices owing to their flexibility, solution-processability and ultra-small thickness. Recently, interest in OTFTs and their advantages have extended beyond rollable information displays to sensor applications. OTFT-based physical sensors are being researched extensively, while chemical sensors
are still in their early stages. In this regard, my group is developing OTFT-based chemical sensors functionalized with supramolecular artificial receptors, enzymes or immune proteins. In my talk, I wouldlike to show the latest results in biosensing applications of OTFTs for saccharides, immunoglobulins,

After obtaining PhD in Engineering at the University of Tokyo, Prof. Yoshiho Ikeuchi performed his post-doctoral research at Harvard Medical School in Boston and Washington University Medical School in St. Louis in United States. He joined the Institute of Industrial Science (IIS), the University of Tokyo in 2014. His research is mainly focused on molecular mechanisms underlying neuronal morphogenesis, and generation of stem cell-derived brain/nerve tissues. He has published 40 original research papers.

Prof. Tsuyoshi Minami obtained his PhD from Tokyo Metropolitan University in 2011. During his PhD studies, he worked as a Visiting Researcher at University of Bath, UK. He was a Postdoctoral Researcher (2011–2013) and a Research Assistant Professor (2013) at Bowling Green State University, US. He then joined Yamagata University as an Assistant Professor (2014–2016). He has been a Lecturer at The University of Tokyo since 2016. He was selected as an Excellent Young Researcher of Univ. of Tokyo and the Royal Society of Chemistry ChemComm Emerging Investigator. He has been awarded 18 prizes from 16 academic societies and private foundations. His interests include supramolecular analytical chemistry, self-assembled materials and organic transistors for sensing applications.

If you can attend please confirm your participation to, Ysoline Sellier : ysoline.sellier@iemn.univ-lille1.fr.