In 1977, Alain Cappy joined the Semiconductor and Microwave Centre, former name of the Institute of Electronics, Microelectronics and Nanotechnology (IEMN), a joined research unit between CNRS and the University of Lille, the Université Polytechnique de Valenciennes, ISEN-Yncrea Lille and Centrale Lille. He received the PhD and the ‘Docteur es Sciences’ degrees from the University of Lille, in 1981 and 1986 respectively. He is now Professor Emeritus of Electronics an Electrical Engineering.

For more than 30 years, his research interests were concerned with the modelling, fabrication and characterisation of low noise Field Effect Transistors based on III-V materials. He was an actor of the amazing FET revolution that began in the early 1980s with the development of AlGaAs/GaAs heterostuctures showing high mobility 2D electron gas. Afterwards, he was involved in the modelling, design and fabrication of strained layer PM-HEMT, InP HEMT, InAs-AlSb-HEMT and even THz-HEMT based on plasma oscillations. He is the author or co-author of about 200 scientific papers and communications and he gave 25 invited papers in international conferences and workshops. He was the supervisor of 25 PhD students and he participated in more than 140 PhD thesis and ‘Habilitation’ committees. Since 2010, he completely change his research field to work on artificial neurons and neuro-inspired circuits for information  processing and medical applications.  In parallel with this scientific activity, he has worked from 2002 to 2010 as the director of IEMN, a research institute that gathers more than 250 scientists and 160 PhD students. From 2010 to 2014, he was appointed as the director of IRCICA, a laboratory specifically created by CNRS and the University of Lille to promote interdisciplinary research. From 2009 to 2017, he joined the national agency for evaluation of research and higher education (Hcéres) where he was the coordinator for the evaluation of the research laboratories of the Science and Technology domain Watch some lectures:

The European Microwave Association (EuMA) is an international non-profit association with a scientific, educational and technical purpose. The aim of the Association is to develop in an interdisciplinary way, education, training and research activities, including: 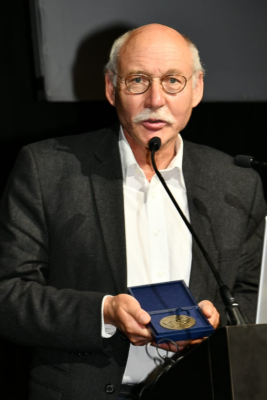 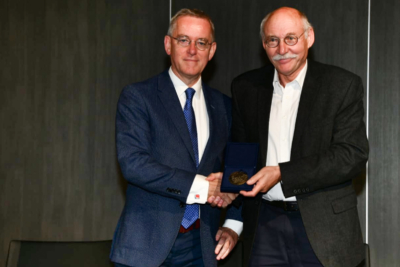