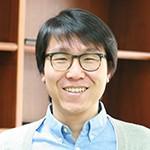 Thanks to the significant advances made in wireless communications technologies over the last couple of decades, radio communications systems are now being used to deliver not only simple text or voice messages but also multimedia information and real-time streaming of video through the internet anytime and anywhere. However, the steady progress cannot fulfill the recent needs from both industry and end-users. Many leaders of industry are expecting new applications, such as virtual reality, a tactile internet, connected cars, remote surgery, and the internet of everything, that would cause a paradigm shift in key industries. The requirements for such applications include higher throughputs to deliver or collect huge amounts of information from all intelligent things, low latency to maintain mission critical even through wireless networks, and the capability of massive connectivity. The most straightforward way to satisfy these requirements is to provide more spectral bandwidth, which is the most fundamental resource in wireless communications. In recent discussions of the 5G system, there has been a strong consensus among the parties to deploy millimeter-wave radio access technology, which is expected to offer an order of magnitude larger bandwidth at minimum. For further future applications, such as terabit connectivity or terabit wireless, even higher frequencies, in particular those above 275 GHz, which have never been discussed for any commercial use yet, are attracting increasing interest because of the huge spectral area. The available bandwidth in the THz region is definitely much wider than the entire spectral resources utilized for all wireless systems on this planet.
Recent progress in semiconductor devices on compound semiconductor or silicon substrates has made it possible to produce more power and receive a signal with less noise at THz frequencies. Various integrated circuits for the THz radio front-end functional blocks, including power and low-noise amplifiers, modulators and demodulators, and oscillators, have been demonstrated in the last decade. In the first experimental demonstration conducted in 2004, bulky instruments originally developed for THz spectroscopy were used to transmit pulsed THz signals carrying a 7-kHz bandwidth audio signal across a short free space. However, recently, there have been several successful demonstrations of multi-Gbps data transmissions at THz frequencies with state-of-the art devices and components.

In this talk, the first prototype of a THz wireless communications system designed under the ‘touch-and-go’ scenario will be presented. I clarify the concept of the KIOSK data downloading system, cover some considerations in this work, and present a brief link-budget plan. We will then overview technologies for implementing THz components operating at 300 GHz and their performance, followed by preliminary investigation of the channel responses and the experimental demonstration results.