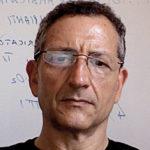 Elvio Carlino, Head of TEM laboratory, a part of the Centre for Electron Microscopy (CEM) of IOM-CNR

Transmission Electron Microscopy (TEM) is widely used to study the properties of the matter at the highest spatial resolution. There is a wide literature that reports on the study of single nanoparticles of inorganic material showing how fundamental subtle physical effects can be understood by TEM experiments. High Resolution TEM (HRTEM) enables to directly access the structural properties of individual particles correlating the structure, the crystal perfection, or the presence of defects, to the their behavior enabling the development of new powerful materials for a huge variety of applications. The study of single particles enables to distinguish in a batch of nanoparticles the differences between them and the relevant influence on macroscopic behavior of the material. In the case of radiation sensitive material, like biologic material or nano-crystalline salt drugs, standard HRTEM approaches on single particles could fail due to the damage induced by the high-energy electrons on the specimen. Here will be shown how HRTEM imaging on pristine radiation sensitive single nano clusters can indeed be obtained, enabling to directly image the crystalline properties of soft matter and biologic nanoparticles that was believed not possible to study by atomic resolution TEM.