Electrochemistry deals with charge transfer across interfaces. As is well known, the structure of the interface affects very much charge transfer and therefore controlling and characterization the interface on a molecular level is of utmost importance.
The lecture will focus on different approaches for controlling the interface and its implications and applications in electrochemistry. These will include structuring the interface using Langmuir and Langmuir-Blodgett films, applying self-assembled monolayers and if time permits manipulating thin polymeric films. Different systems and applications will be presented; films at the water-air interface based on individual molecules, polymers and nano-objects. Applications of functionalized self-assembled monolayers as a means of selectively interacting with metal ions and organization of asymmetric nano-objects for future photocatalysis, will be described. Various characterization methods will also be discussed such as horizontal touching voltammetry and scanning electrochemical microscopy. 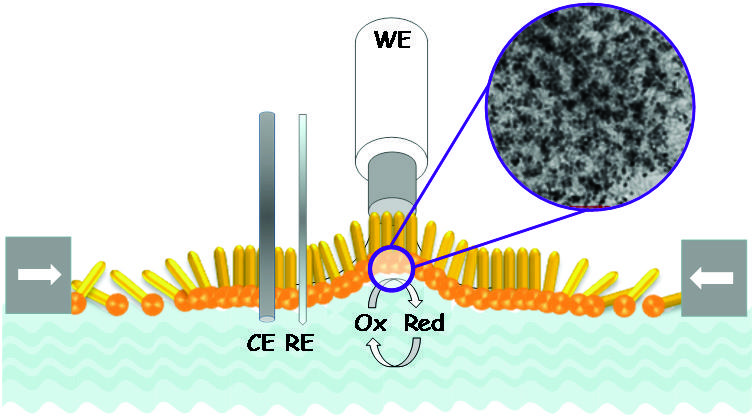