Scanning probe microscopy aims at producing a 3D image of a nanoscale surface thanks to a scanning probe. Interactions between the probe and the surface are strongly dependent on the distance, which is very small and feedback-controlled.

Specimens of the nanoworld 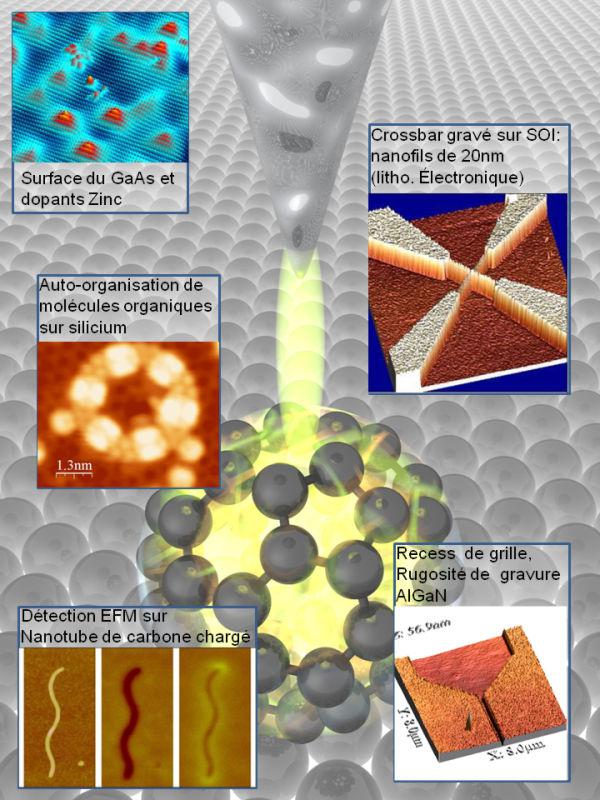